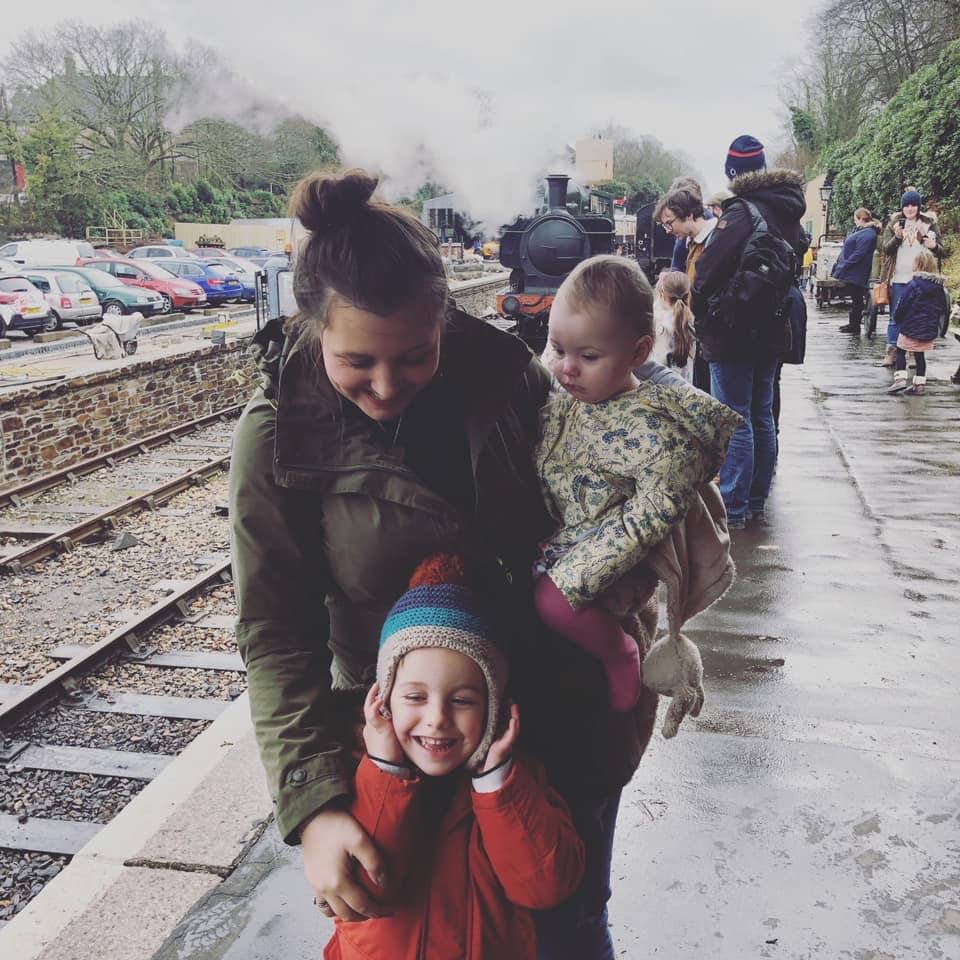 Parenting A Child With PTSD

Navigating parenting is never easy! Let me tell you, I am five years in to this now and I am still learning every single day!

Navigating parenting a child with PTSD, that is a whole new board game I was not expecting!

When parenting, you have the usual worries. You worry about cars too close to the pavement, whether their food is too hot for them, baby proofing everything, you gradually move all of your ornaments upwards out of reach, if the bath water is too hot… These are all normal things.

What I didn’t expect was what I’d deal with as a mum of a child with PTSD; the worries of what’s naughty and what’s a trigger; if you tell them off for bad behaviour are you then triggering them further? It’s a whole new minefield I was not prepared for! And honestly, it stumped me! I didn’t want to make things worse but I had to tell my son somehow that aggression and anger was not the way to solve his worries. We did this through play therapy for my son.

Rewind to a  few years ago, my son and I left an abusive relationship whilst I was pregnant with my daughter. I was advised to stop all contact the father had with the children as he was following a pattern of dangerous behaviour and it wasn’t safe anymore.

I did as I was told and started us both on a path to recovery. I saved for counselling for me and also went to re-building and re-learning behaviours groups, who referred my son for play therapy with a charity that dealt with trauma and abuse in children. These steps led to so much knowledge about the way my son had been acting and how to deal with it.

So each day it would vary but I’d often have to deal with meltdowns in shops, he couldn’t deal with people too close to him, if people came to our house for a play date they’d often have to leave after an hour because he would be so overwhelmed with everyone touching his things that he would go into full meltdown.

If he fought with his sister he wouldn’t know when to stop which would, before I knew how to deal with it, result in me raising my voice and telling him off, which as a knock on would leave him scared.

He would notice sounds that no one else would notice and be scared of them; cars going past, ambulances, police car sirens, horns beeping or even just people being generally loud were met with him hiding under his bed or behind the armchair, to which it was extremely hard to coax him out. When he was in this state he would resort to kicking and biting and hitting, pinching, he wouldn’t tolerate a hug or anyone being close to him and if you spoke to him he would spiral more. It got to the point some days where he wouldn’t go to school and I would often end up phoning the parent support advisor for advice on what to do.

Normal family days out or spending time in other people’s houses was not possible, normality was not possible for fear of him getting overwhelmed or having a meltdown at so many people being around him.

At this point I was overtired, defeated and quite honestly a sobbing mess! I was going through my help but there was a severe lack of help for children under 5 that had been through abuse (my son was nearly 4 at the time). I did not know what to do. I spoke to the coordinator at my support group and she referred Eliott for play therapy with a charity called Clear, they help with therapy for children who’ve been through trauma and abuse, and my coordinator said she thought he was suffering with the effects of what he had seen heard and endured during my relationship with his father.

I felt so so so guilty! After all, if I had left sooner he wouldn’t have been suffering with this, if I had got us out of that situation, if I had of not believed that his dad would change. I blamed myself for a really really long time but I learned there’s no use in blame, it wasn’t doing my mind any good and it certainly wasn’t helping.

Finally we were ready for his first day of play therapy. His play therapist had called me before to ask about our situation, that she had been made aware of the majority of it and just could I tell her about some of the things he was struggling with. I did and then a week later we were there ready for play therapy!

I said to Eliott before he went in, “You can talk to this lady, just as you’d talk to Mummy or Mamar or Grandad. She will help you with your big feelings!” and he was excited by this!

Another person he could talk to !

Play therapy isn’t led conversation, so they play with the therapist and she notes down particularly destructive and strange behaviours the child shows during play, if any continuous themes show over time, what they are and how the child acts within the process.

I was not allowed in to these sessions as to let Eliott speak freely and express himself fully, and I was supportive of this. I just wanted to see some benefit of these sessions. I needed them, he needed them, I wanted to see my happy boy back and I wasn’t sure I was ever going to see him again; glimpses of him showed through but I wasn’t certain I’d ever have him back fully now.

I was scared that the damage of him enduring, seeing and hearing the relationship I had with his father had been done and was irreversible. I was worried the trauma would rub off on my daughter and I was really really worried that this would be a never ending loop!

All Clear could fund was 12 sessions and it was extremely clear that whilst he had started to make progress we were far far from the finish line of where he needed to be!

My son’s play therapist and I were trying to work together to form a plan as she was also finishing work with the charity at the time.

I wanted to still use her as obviously Eliott had 12 weeks of creating a relationship and trust with her and I didn’t want him to be starting completely over again.

Unfortunately, lockdown loomed over us and the news of Coronavirus was coming thick and fast, and therapy stopped from November until now; he hasn’t had any therapy since November 2020 which is incredibly, incredibly hard!

Thankfully, his play therapist has been incredible and so have school, and have helped me with ways to deal with certain behaviours of El’s, and I think the stability of being at home full time (not around lots of people) has helped massively in some ways, however, it’s also probably done the opposite in some ways and it’ll make it harder when he has to incorporate with other people in the future again.

Whilst we are nearing the end of this pandemic I am finding myself trying to figure out what’s next for my son, if going back to school is a good idea and if so, how do I support him through this again.

How to support him through the changes in our family that he’s already going through and how to not have a meltdown every day and breathe through it all the time.

This is a battle that is no where near over; it’s a work in progress. It is not over yet, it may not be for some time, but for now we are managing one day at a time…

Share
Previous PostChase Your Dreams
Next PostA Note About Neurodiversity