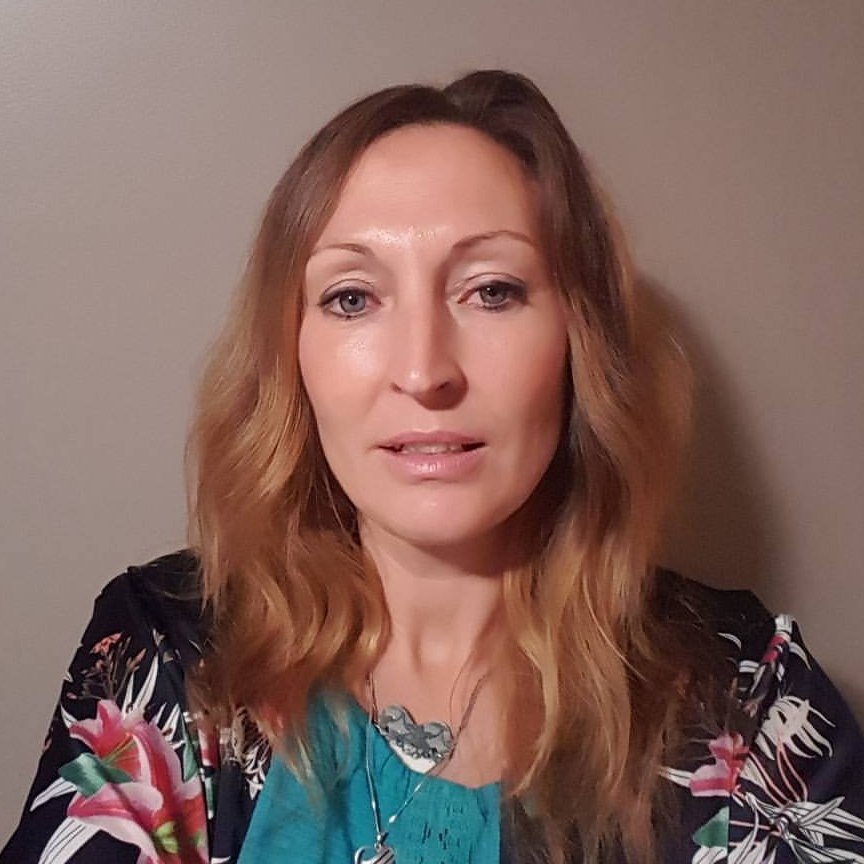 My name is Hayley Wheeler and I am the original EmotionMind Connection Therapist, but it wasn’t always like this.

In 2015 I hit my rock bottom, the deepest, darkest depth of depression but my battle with my mental health didn’t start there.  In 2004 I hid post natal depression well from my health visitor and everyone else, I made sure to present a happy, healthy front but was struggling inside my head.  In 2006/2007 I found myself again battling post natal depression and reached out for support from a local health visitor who had no idea what to do for me.  She ran around the room, in what looked like a panic, before leaving to speak to the doctor who prescribed me bibliotherapy (library books) and referred me to counselling.  I never went to the library nor did the counselling service ever get in touch.  Luckily, post natal depression came and went for me.  What struck me was that neither the health visitor nor the doctor made any effort to talk to me about my depression; she ushered me out of the room as she place the bibliotherapy prescription in my hand. I don’t remember my own health visitor checking up on me after either.

In 2009 I had my fourth baby and my family was complete, what I didn’t know at the time was how little he would know of the mum I had been to the other three.  He wouldn’t know the happy, engaged and productive parent I was.

2010 brought the realisation that it was getting harder to get up and fight on after each knock down, but I kept going and kept getting up no matter how hard it was.  Between 2010 and 2012, learning became my coping mechanism. I worked full time, had my four children, was doing my PGCE alongside four other intense online courses and writing my book.  Each night after the children went to bed I focussed on one of the above and slept roughly 2-4hrs a night.

In between the busyness of my life, thoughts raced around my head, I self punished, I self criticised, I felt like a complete and utter failure. I was sad, lonely, depressed and miserable but every time I left the house I slapped a smile on my face, I told everyone I was fine and they believed me.  At one point I’d linked being successful with losing a child, in my irrational head, if my business took off, I was convinced that one of my children would die and it held me captive for years.  In 2014 I went to see a counsellor, by this point I was teetering over the edge, holding myself together with the belief I was a good parent.  All the while telling myself that I was a failure, I no longer enjoyed being a parent and doing the things I had always taken pride in.  I did them without emotion and sometimes with resentment.  One particularly rainy summer week I felt like a caged animal as we had been stuck in for days on end, I told the children to get their snow stuff on and we went puddle jumping, well the children did.  I stood at the end of the puddles watching them safe in the knowledge they were enjoying but self punishing for not wanting to be there or joining in. It was frustrating, confusing and prison like in my own mind.  I desperately wanted to want to be there and enjoy but I just couldn’t.

In Jan 2015 a visit to the counsellor pushed me over the edge, she made a remark that suggested I hadn’t been a good parent, she also told me that she didn’t feel she could help me and was it was our last session.  The parenting remark sent me spiralling into my deepest depression, I don’t for one minute think she meant to hurt me, nor did she realise I was living with depression, I gave her the same smile I gave everyone else and she was fooled.  I went from just about coping and getting through my days to drowning and existing, feeling like I was trapped.

My actions became robotic; get up, shower, make up, get the kids up, get them ready for school, self punish all day, nanna nap in the car before picking them up and do what needed doing until I went to bed.  It was a battle to get to bed time, even if it was 1 or 2am, bed time was the goal.  I was in full mindless living, if someone expected more from me than I had planned I felt like it was going to break me, so I was resentful and passive aggressive.  I felt so out of control I found little ways to feel in control including dying my hair 2-3 times a week, I would have volcano moments if anyone moved my papers, I ranted at things that I felt could break what little control I had.

My head was toxic and slowly killing my spirit, passion and parenting.  I had an incident where my peripheral vision disappeared for about 24 hours.  I was an overwhelmed robot of a parent, who just did what she had to do. I took the children to the park one afternoon after a morning of reluctantly doing crafts. As the kids played in the park I sat on the bench looking at my phone, self punishing for hoping they didn’t need me to push or lift them on to a swing or frame.  I was horrid to myself and although I was visible to the kids, I was not present emotionally or mentally and they still laughed and had fun.  I didn’t recognise fun as something I facilitated, I saw and felt my disdain and disappointment in what I couldn’t do.

It was at this point of feeling like a complete failure that I realised my then 11 year old son had been living with anxiety his whole life from birth and I needed to help him.  It was one irrational thought one day that inspired and motivated me to help us both to get better.  My son was having 8 or 9 panic attacks a day, and I wanted to find a big red pause button to stop the rest of the world so I could breathe and stop being responsible because I was failing at everything.  It seemed like a good time to change it.

I facilitated a journey of self development for my son so we could learn about anxiety, he hasn’t had a panic attack since 4th September 2016.  It was his success and my three other children that kept me motivated to keep learning about myself and gather self knowledge so I could help myself and in 2017 I stabilised and 2018 I found heart happiness.

I’ve been undoing the disruption to my parenting caused by depression and I have open conversations about my battle with depression with my children, I’ve voiced my guilt around how I felt I was a bad parent and they countered with I had always been a good parent to them, they listed memories and experiences I gave them even when I felt like I was failing.

My motto is self knowledge is a super power, the more you know about yourself the better able you are to make the best decisions for you.  I created the EmotionMind Dynamic programme to help children, adults & families understand how emotions impact their mental health, in order for them to gain back control & happiness.  I can now say I am grateful for having had depression as it taught me so much about myself in a way that nothing else could.  I love what I do and I love seeing people grow, develop and take back control of their own lives, relationships, parenting and self.